It has long been an established practice for pharmaceuticals, in order to inform the general public of their scientific and social activities and pass on authoritative scientific information to the public and health scientists/professionals, to organize various conferences and seminars.

Albeit, often the participation of healthcare professionals exclusively aims to promote the organizer’s financial interests. Conference perks and benefits often convince them to offer support to the company and posteriori advertise their medicinal products. Is this a form of bribe? And if it is, what would it be blameworthy the presence of a health care professional sponsored by a pharmaceutical company in a conference related to her domain of specialty?

As inferred by the Code of Ethics, the healthcare professional may be invited by the pharmaceutical company to present a scientific issue, to examine the effectiveness of a treatment, to describe alternative ways to control a disease and to contribute, through her expertise, to the promotion of science and public health.

In contrast, participating at a conference should not have the sole purpose of promoting any pharmaceutical products; unless, they will lead to better treatment of a disease. Any other rationale for participating is deemed as passive corruption and may be prosecuted as a criminal offense. Passive or not, corruption is an unfair practice under the laws of unfair competition.

Following EFPIA’s Code of Conduct, the pharmaceuticals at national level must apply such as binding; national associations as EFPIA members have either to adopt it or abide to it. Thus, EFPIA Code must also be create a path for non-EFPIA members.

The first EU decision on Corruption in 26 May, 1997, explicitly stated that anyone who participated at a conference and receives an offer to receive benefits/rewards for himself or for a third, associated party commits the offense of passive corruption and each Member State should take the necessary measures to combat this crime.

Indeed, most countries within and outside the EU, have included in their national legislations provisions for combatting passive corruption; however, Codes of Health Professionals such as the German one, foresee accepting certain benefits in order to promote science, as long as they do not exceed the minimum possible cost.

Most often, the cost coverage must not include other persons and will not aim at the promotion and advertising of medicinal products. The decision of the scientist/healthcare professional to accept the invitation for participating should be the result of her conscientiousness to get scientific updates on medical developments in order to the better protect her patients. Not the temptation to get a few days off in a luxurious environment.

Pharmaceutical companies and healthcare professionals must comply though and contribute in maintaining transparency.

The International Codes of Ethics, like the law of the International Federation of Pharmaceutical Associations or the relevant European legislation plainly establish the foundations on which the issue is regulated at the national level. Thereon, the ΕFPIA Code along with National Codes of Ethics ensure the implementation and enforcement of these basic rules; differences between national legislations are often observable. This is due to the fact that each member state legislates in different times and wordings.

On her side, EUCOMED has already announced respective changes that will be adopted in her Code during 2015 and for which we will update you shortly.

It is worth noting that following EFPIA’s recommendations to national associations of EU member-states, the majority of EFPIA guidelines relating to disclosure of health professionals’ allowances by pharmaceutical companies have been adopted with success. SFEE by its recent amendments in Chapter B of its Code of Ethics’ has announced the setting of a disclosure platform publicly accessible with starting period year 2015 thus the issuance of a new legislation is expected by Ministry of Health by the end of the year. 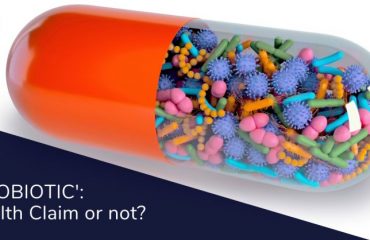 ‘Probiotic’ Health Claim or not?