The use of pesticides in food, especially when growing fruit and vegetables, is now commonplace; farmers use pesticides in order to preserve or even increase their yields. Nevertheless, there are several risks regarding consumer safety and questions arise on the allowed pesticide residue quantities in food meant for consumption.

In Europe, the first step towards a harmonized legal context on establishing maximum levels of pesticide residues in food (MRLs), was made by adopting European Regulation no 396/2005. The Regulation set harmonized maximum levels of pesticide residues permitted in products of plant or animal origin intended for human or animal consumption. It is worth mentioning that prior to its adoption, each Member-State applied its own MRLs for active substances, resulting to trade disruption and legal uncertainties.

But what is the exact definition of “Maximum Residue Levels”?

Maximum Residue Levels (MRLs) are the upper legal concentration limits of pesticide residues in or on food or feed based on good agricultural practices and which ensure the lowest possible consumer exposure to them. Food consumers are constantly exposed to pesticides found as residues in food and therefore, enacting maximum levels is absolutely necessary. The levels found must be as low as possible and must correspond to the lowest amount of pesticide used in agriculture in order to achieve the desired outcome.

Nowadays, the European Regulation includes new categories of pesticides, safeguarding thereof more elements of consumer protection. Moreover, the European Food Safety Authority is competent to evaluate and monitor the MRLs expected in food and foodstuff. All farmers, importers and food traders, must comply with the existing MRLs, which can be publically accessed via the EU Commission site. Likewise, all Member States must equally comply with the European legislation, in force today, and assure its implementation via thorough inspections.

The impending Transatlantic Trade and Investment Partnership (TTIP) between the US and the EU has raised a series of questions regarding the fresh EU rules in regulating both MRLs and genetically modified foods (GMFs). As a result, there are concerns that food products which are currently not allowed to circulate within the EU, such as genetically modified foods (eg GM corn) will eventually enter the market, in view of the new partnership.

Genetically modified crops are mostly produced in the US and Asia, with the exemption of the Monsanto  MON810 GM corn, which is the only one produced in Europe, independently of the political opposition of some European countries. Still, the tight legal context currently in force collides with many policies adopted by the US biotechnology industry, raising concerns for the possibility of introducing to the EU market of genetically modified foods, via the new TTIP.

The current legal context regarding maximum level of residues found in food, has significantly contributed to the improvement of consumer health security; it is therefore essential that all farmers, producers, traders as well as food importers comply with the existing MRLs and report to the authorities any illegal practice or act, on occasions where the use of illegal untested pesticides leave a residue level often 3 times above the maximum allowed.

The impending Transatlantic Trade and Investment Partnership (TTIP) between the US and the EU is expected to introduce new realities to the existing legal context on both MRLs and GMFs. Still, the existing European Commission does not seem entirely open to adopting new, more moderate legal rules especially on MRLs found in food and/or foodstuffs.

Personal data protection and medical research: The new legal framework in the EU 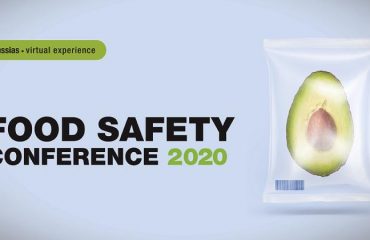