The new law (4281/2014) on Public Procurements was published on the 8th of August, 2014. In its second part, the new law incorporates the EC Regulation 1336/2013 which in turn amended Directives 2004/17/EC, 2004/18/EC and 2009/81/EC of the European Parliament and the EU Council. The new law foresees rules in awarding public contracts and was put on vote on the recommendation of the Ministry of Development and Competitiveness and following a proposal of the Public Agreements’ Independent Body (EAADISY).

The law introduces the concepts of i) a low value public procurement contract whose estimated size, excluding value added tax (VAT), is less than two thousand five hundred euros (2,500) and ii) the high value public procurement contract whose, estimated non-VAT size (article 23 paragraph 2) is equal to or greater than the thresholds set out in Regulation 1336/2013 which amended Article 8 of Directive 2004/18 by increasing the minimum amounts; for Class A to 134,000 euros, for Class B to 207,000 euros and for Class C to 5.186.000 euros. In particular, the new law introduces public procurements whereby the lower threshold amounts to 414.000 euros for supply and service contracts and 5.186.000 euros for works contracts.

Most of the provisions of the new law will be enforced by 1st of March 2015 and onwards, except from some in individual articles. For example, the use of the new central government electronic procurement platform ESIDIS by central government bodies is mandatory since last July (articles 134-138 and 201); the use of this platform has also become mandatory since October, 2014 by other public bodies such as General Government Hospitals (Article 201, paragraph 3).

The Health Procurement Committee and all health and health-related organizations are required to use the platform for each bidding process for a contract equal or larger than 60.000 Euros, excluding VAT (Articles 136, 160).

Those interested to participate in electronic bidding which will be conducted by the Health Procurement Committee, but also to Hospital (supervised by the Committee) call-offs should compulsorily sign-up at the Register of Suppliers of General Secretary of Commerce, responsible for running the platform, in cooperation with the relevant contractor.

According to the article 157, entitled “Guarantees”, contracting authorities require from the bidders to provide, where it is appropriate, the following types of guarantees: guarantee for participation, performance guarantee, performance guarantee agreement  (under a security deposit). Bidders are also asked to provide warranty and insurance against all risks and liability. Additionally (case. B par. 1 of A 157), the amount of the performance guarantee reaches up to 5% of the value of the contract, excluding VAT.

Article 157 has become law, following the publication of the Law in the Official Gazette (8th of August, 2014) and concerns all tender notices published since that date. According to A 137, the awarding process commences from the date of dispatch of the notice in the Official Journal of the European Union (for contracts over 5.186.000 euros); for the rest of public procurement contracts, the law defines their commencement date as the upload date in the Central Electronic Registry (KIMDIS) – Article 139 explicitly states that the latter will become a legal obligation only after the 8th of May 2015.

It should be noted that the Law 4013/2011 amended A 233, 5th par., about the deadline within which the EAADISY is obliged to pronounce the agreement on the demands of contracting authorities for the use of the negotiation procedure: the deadline stands now at 15 (fifteen) working days. The Article is valid from the publication of the law in the Government Journal (08/08/2014) and includes pending cases for which EAADISY has not yet pronounced judgment.

It should be noted that in cases where the tenders still contain terms derived from the previous regime of PD 118/2007, the Pharmaceutical Companies (SFEE), the Medical and Biotechnological Products Association (SEIV) and the contracting authority should all be immediately informed in order to achieve harmonization with the new Law. 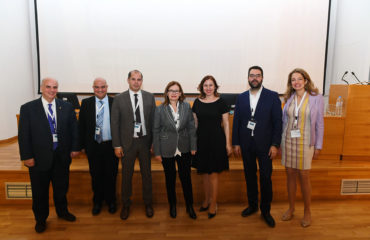 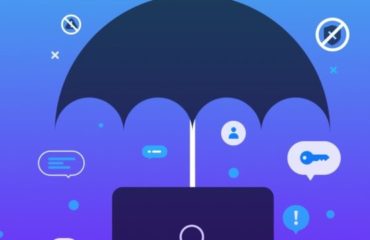 Extraterritorial Scope of GDPR: The effects of the Regulation on non-EU businesses