On October the 5th, 2015, the EU Council of Ministers agreed on its baselines on the looming two Regulations on medical devices and in-vitro medical devices. Closely related to the Commission’s relevant proposal and the adjacent EU Parliament and EU Council reports, both Regulations will aim to modernize the existing legislation, taking into account the latest advancements in medical technology and the need for high protection of patient safety.

Furthermore, in order to ensure the compliance to safety standards, it is proposed that the instrument of common technical specification used for IVDD shall be introduced in the field of MDD.

The Commission’s Proposal foresees that the Regulation on medical devices will be applicable three years after its entry into force, while the Regulation on IVD will apply after 5 years. The Parliament has therefore supported a three-year transition period for IVDs, too.

The European legislator is called upon to introduce a new regulatory framework, which will adapt to the rapid development of medical technology and satisfy the needs of citizens for better safety regulations in all EU member states. Striking the right balance between innovation and safety, competitiveness and control, has always been a challenge; more so within a fast development pace of technological change.

Not all cards are yet on the table; there are still remaining issues over which the representatives of European industries of medical devices and in-vitro medical diagnostics (EUCOMED and EDMA respectively) have expressed opposing views and supporting arguments, particularly regarding:

We consider that the European legislator should avoid measures which impose unnecessary and disproportionate bureaucratic burdens and expenses on the industry as well as on –already strained – national public health systems. It is of vital importance that stakeholders and scientists, based on both vision and experience, maintain communication with the European institutions in order to defeat any temptations of suspicion and to strengthen transparency for the long-term interests of the EU citizens. 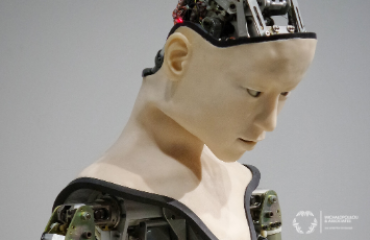