Following the recent closure of a private umbilical cord blood bank, which operated without the license required by the applicable legislation as well as the criminal prosecutions initiated against its representatives, this article will focus on the legal framework regarding the operation of such Banks in Greece.

It should be noted that in view of the violations of the applicable legislation and the multitude of complaints filed by the parents who had contracted with the Bank, the Consumer Ombudsman recently filed a lawsuit before the Public Prosecutor of the Athens’ Court of First Instance in order to investigate whether the private umbilical cord blood banks in Greece operate according to the law or whether violations are made, especially with regards to the preservation and maintenance of irreplaceable biological material with reliable procedures, as well as the protection of sensitive personal data of consumers. The Public Prosecutor has already pressed charges for the crimes of recurring fraud and direct complicity in fraud against the representatives of the private umbilical cord blood bank.

1) What is the current legislation governing the operation of Private Umbilical Cord Blood Banks?

2) What are Private Umbilical Cord Blood Banks and what differentiates them from other Banks?

Private Umbilical Cord Blood Banks are a subcategory of tissue establishments. In these Banks, cord blood is checked, maintained, stored and distributed for future use solely for therapeutic purposes, either autologous or allogeneic to a relative or a third person provided that the donor agrees.

Other categories foreseen in the law provisions are the “Cord Blood Banks” and the “Tissue and Cell banks” which function as non-profit organizations operating in the form of public-law institutions. On the contrary, Private Cord Blood Banks operate mostly as private clinics.

3) What conditions are required by the law for the function of a Private Umbilical Cord Blood Bank?

In order for a Private Umbilical Cord Blood Bank to operate, a license must be issued by the Ministry of Health and Social Solidarity upon the proposal of the National Transplantation Organization, which is valid for 3 years and specifically describes the actions that this Bank can take. The license is issued if the Bank complies with the substantial provisions set out in Presidential Decree Νο 26/2008 and the aforementioned Ministerial Decision.

Furthermore, the applicant (Bank) shall prove its solvency, professional trustworthiness and the good financial situation of the private clinic by submitting relevant documents.

The applicant must also submit a letter of credit amounting to 100.000 euros, which shall be forfeit in case of closure.

Finally, the applicant must submit to the Ministry a written contract with another private Cord Blood Bank or a “Tissue and Cell Bank”  or with a “Cord Blood Bank” which foresees that the stored units of  cord blood shall be transferred to the latter in case of a temporary or permanent closure of the former.

4) What other provisions are set for the operation of Private Umbilical Cord Blood Banks?

Law no. 3984/2011 sets out the conditions regarding the information to the public about the operation of Private Umbilical Cord Blood Banks. In particular, it is foreseen that any newsletter in printed or electronic form or other material related to the storage and procurement of human tissues and cells is not allowed without the prior approval of the competent Department of the Health Ministry, which has to be provided within one month from its submission or within 3 months under certain circumstances. The compliance of the Banks is monitored by the Ministry and if any dissemination of misleading information is found, the relevant Department invites the entity to comply; otherwise it proposes the revoke of its operating license.

Private Umbilical Cord Blood Banks can be characterized as controllers of personal data given that they process sensible personal data of the parents and their child. Therefore, they must comply with more stringent requirements and harmonize their procedures and operation with the provisions set out in the GDPR.

Following the lawsuit filed by the Consumer Ombudsman, the competent authorities have begun intensive inspections on Private Umbilical Cord Blood Banks. After taking into account the findings of the Health and Welfare Services Inspection Body, the Public Prosecutor prosecuted the Banks for deceiving the parents on believing that they can preserve the stem cells of their children for future use, without any scientific study that supports such a belief. In view of the above, all entities must stay alert and comply with the applicable legislation especially when considering the importance of their function for public health and the treatment of many incurable until now diseases.

Clearing the Mist for Good: New EU Code of Conduct on privacy introduces a new era for mHealth apps and personalized medicine 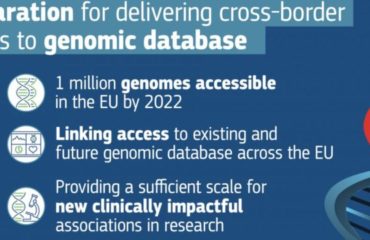 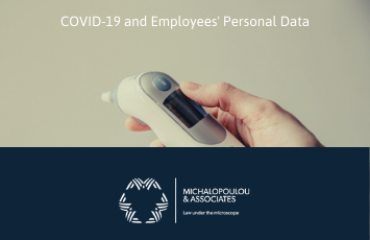