The new European Directive 2011/7/EU introduced important legal changes in its effort to combat late payments in commercial transactions. Soon after, the Directorate-General of Enterprise and Industry of the European Commission (ENTR) commenced its Late Payments Information Campaign in the member states. A seminar was held in Athens in hotel Hilton at the27th of June, 2014 in order to highlight the actual size of the problem of late payments between i) businesses (B2B) and ii) between public authorities and other entities.

Inability or unwillingness to pay on time? To those who view late payments as a cash-flow necessity and particularly in the sensitive Healthcare sector, we could say that the late payment, even in times of economic welfare, is a widespread practice in EU. Generally, payment periods in the public sector are longer than those in private sector contracts.

The European Commission, investigating the main causes, has reached the conclusion that the late payment is not only due to weakness and inability of debtor to pay, but also due to unwillingness to pay on time.

The problem has of course skyrocketed in the years 2013, 2014 for Greece, due to the general economic conditions. The problem is that late payments have a chain-reacting, negative impact creating vicious cycles in the real economy and in particular:

The most important changes introduced are the following:

Obviously, European legislators have made an important effort through Regulation 2011/7/ΕU to address the economic and financial damage caused by the delay in payments, especially to the SMEs. However, even though this Directive has been fully incorporated into Greek law since March 2013, delay in payments continues to be a major negative force, especially in healthcare, where delays often reach 450 days or more. We therefore expect a more “European” stance of the Greek Courts on this issue, given that the legal toolbox is already in our hands.

Published on Pharma Journal on July 8 2014 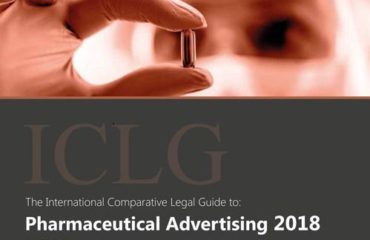 Participation of our law firm in the International Comparative Legal Guide to: Pharmaceutical Advertising 2018