Food law compliance: Based on administrative monitoring or individuals’ action?

The number of court decisions regarding violations of food labelling law has proliferated on the other side of the Atlantic, and has amazingly surpassed the number of cases regarding food safety. This can be explained by the fact that technological and scientific advancements have improved the food quality and storage conditions. On the contrary, given that there is fierce competition among food companies, they tend to unlawful practices, one of which is misleading consumers in terms of food ingredients, properties and their origin.

1. Will the same trend prevail in the EU as well?

We do not think that this will happen in the near future taking into account that there are significant divergences between the two systems of consumer protection. The differences lie on the significant role of state mechanisms for handling the violations, by imposing penal and administrative penalties in Europe and on the prevalence of individual actions in terms of detecting and preventing the violations in the US.  These specific legal differences reflect the different existing perceptions and history of cultural development in the two continents.

2. What is the European perspective?

As aforementioned, taking measures to tackle non-compliance issues, falls within the scope of states’ responsibilities. Considering the international dimension of the latest violations, following the horsemeat scandal, revealed in July 2013, the Network for international cooperation in cases of unfair deceitful practices has been established.  The number of cases handled by the Network is steadily rising. In particular, cases increased from 30 in 2013 to 100 in 2015. A new information system under the name of ACC (Administrative Assistance and Cooperation system) was set up in order to provide technical support for information exchanges. In 2015, out of the total of 108 cases, the highest percentage, amounting to 36% concerned non-compliance with food labelling rules.

However, in almost all national legal regimes of EU countries, legislation foresees judicial remedies which citizens, either individually or collectively can use against entities that violate consumer protection rules, including food legislation.  It should be noted that efforts were made with the aim of achieving convergence of the national provisions and subsequently protecting European consumers on an international scale.  At this point, we should mention European Directive 2009/22/EC on injunctions for the protection of consumers’ interests, which encourages the Member States to establish similar procedures and mutually allow qualified entities from a Member State – in particular consumer representative bodies and/or independent public bodies – to seek an injunction in another Member State where the infringement originated. Furthermore, the Commission Recommendation of 11th June 2013 enshrines common principles for injunctive and compensatory collective redress mechanisms in the Member States concerning violations of rights granted under Union Law.

3. What’s the main difference between European collective redress and US Class Actions?

In case of class actions, somebody who has been given authority to represent, represents the individual interests of other persons, while in case of collective redress, the goal of remedy is to fulfill the collective interests of consumers. What is more, there is not a common procedure that can be followed in all EU Member States.

4. Which are the competent administrative authorities according to the Greek legislation?

In Greece, EFET constitutes the competent authority for the administrative monitoring of rules’ implementation. EFET is controlled by the Ministry of Agricultural Development and Food. Additionally, the General Chemical State Laboratory has some specific but less responsibilities.

5.  Is it possible for individuals to file a legal action against food businesses in Greece?

In Greece, individuals are granted the right to commence proceedings in order to cease a violation and prevent it in the future.  Of course, individual judicial actions entail high costs and for this reason, they are not preferred. However, an alternative option which becomes increasingly popular is the collective redress. This remedy has been foreseen in Article 10 of the Law 2251/1994, exclusively for violation of consumer protection law. In particular, according to Article 10§16 every association composed of more than 500 members or more associations which have more than 500 members in total have the right to file a suit in order to protect the general interests of consumers.  Α collective redress can be pursued when the violation interferes with the interest of at least 30 consumers. Consumer associations function as representatives of the individuals affected by the violation.

6. What kind of protection and action can be asked with collective redress mechanism?

a) Refraining from a specific unfair practice, including ending or preventing an unlawful business practice that affects a group of claimants.

b) Compensatory relief: Non-monetary damages are determined by the courts considering the following criteria: the severity of the infringement, the size of the defendant-entity, its annual turnover as well as the prevention needs. Twenty per cent of the total amount awarded by the court is forwarded to the General Secretariat for ConsumerAffairs within a month after its collection in order to be granted for promotion of consumer protection policies or educational purposes. It is clear that the purpose of non-monetary damage is not the reparation of damages but mainly the punishment of the offender. Nevertheless, it should be highlighted that if the collective suit is rejected as manifestly groundless, the defendant can seek reparation or compensatory relief from the plaintiff consumer association.  Furthermore, compensatory relief can be also claimed by the Chambers of Commerce.

c) Injunctive relief: Implementation of interim measures until the issuance of the final Court Decision. In case of defective products the freezing ofproducts can be ordered.

d) Legitimation of the right to damages reparation: When the Court Decision regarding the claim for legitimation becomes irrevocable, the consumer who has suffered damages can notify (in writing) his claim to the supplier, describing the crucial elements. If the supplier does not pay the claim within 30 days after the notification, the consumer can apply for issuance of warrant of payment, provided that his claim is cleared or can be easily cleared. The existence of the claim can be proven by the receipt handed to the consumer.

7.  How and until when can a collective action be filed?

Collective action in Greece should be filed within a six-month period from the last manifestation of the illegal conduct before the Multi-Member Court of First Instance, where the defendant’s registered seat is located and shall be examined through ex-parte proceedings. This type of proceedings accords better with the aim of collective action, namely the enforcement of legal rules and less the satisfaction of individual claims, since the judge has the competence to investigate the case by own motion.

Throughout EU, we observe a functional change of private law to the direction of social interest satisfaction. This can be explained by the mass violation of interests, resulting from the mass production and circulation of products as well as the strong impact of advertising techniques. In addition to this, it seems that this change reveals Administration Authorities’ inactivity or failure to combat the current risks. We believe that collective actions should not jeopardize public enforcement but complement it.

Another significant point is that, despite of the long discussions and efforts to harmonize the European and US systems, there are a lot of steps to be taken. In our view, the globalized food market, business development, consumers’ interests in both continents makes the convergence a necessity that cannot be delayed. 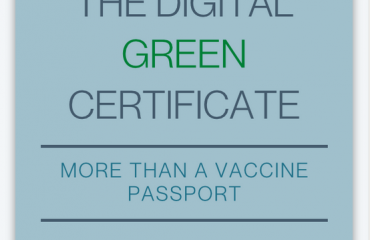