Clearing Up the Smoke: the Legal Dispute on the new EU rules for electronic cigarettes

On 20 September 2016, Greek Law No 4419/2016 incorporated the Directive 2014/40/EU on the manufacture, marketing and sale of tobacco and tobacco-related products in the Greek legal system.Besides the main points of the new Directive, which we discussed in our previous article, both the new Law and the Directive impose new rules regarding electronic cigarettes (Article 20), the sales of which have sharply increased in Greece as well as in other EU countries in the past few years.

Before the implementation of the new Directive, there was not a uniform, EU-level regulatory framework on e-cigarettes. In some countries, their circulation and use were permitted under any conditions whereas in others, licensing by the competent authority was a prerequisite. E-cigarette could be defined as a tobacco product, according to the Directive 2011/37/EC, a medicinal product according to the Directive 2001/83/EC or a medical device according to the Directive 93/42/EC or as a general product falling within the scope of the General Product Safety Directive 2001/95/EC. In 2008, the European Commission published her Orientation Note, in which she declared that each Member State would be competent for characterising electronic cigarettes and defining the appropriate rules. Subsequently, rules regarding electronic cigarettes varied among the Member States. Taking into account the difficulties resulting from the divergence between national legislations and the Decision of the Conference of the parties (COP6) to the WHO Framework Convention on Tobacco Control (FCTC) of 18.10.2014, which is binding for both the European Union and Member States, the European Commission finally managed to pave the way for a new legal framework on electronic cigarettes.

2) What are the main points of the new Directive regarding electronic cigarettes?

The provisions of the Directive:

a) impose the compliance of manufacturers and importers of electronic cigarettes with Directive 2014/40/EC, without prejudice to electronic cigarettes subject to the scope of Directives 2001/83/ΕC (the Community code relating to medicinal products for human use) and 93/42/ΕC (concerning medical devices) (Art 201)

b) require electronic submission of notification to the competent authorities of Member States of any products already placed in the market or intended to be placed before their circulation. According to the Directive, responsibility for notification and compliance lies with the manufacturer or the importer if the former is not established in the EU. (Art 20§2)

c) permit circulation solely of the electronic cigarettes which contain nicotine not in excess of 20 mg/ml and have certain volume. Other ingredients of the liquid are also regulated. (Art 20§3)

d) establish special standards such as a leaflet with information included in each unit packet (e.g. instructions for use and storage of the product, contra-indications, warnings for specific risk groups such as children,  teenagers, non-smokers, contact details of the manufacturer) as well as labelling on outside packaging with ingredients and a health warning. (Art 20§4)

f) foresee the obligation of notification to the competent national authorities of economic data regarding sales of electronic cigarettes and consumers’ preferences, so that they can establish a connection between the use of electronic cigarette and the addiction to nicotine and tobacco consumption. In this way, Member States will be able to monitor the market and take additional measures, whenever needed. (Art 20§7)

g) establish a surveillance system , operated by the economic operators ( manufacturers, importers and distributors), the competent national authority and the Commission on the grounds that electronic cigarettes and refill containers are new products and their safety cannot be guaranteed with absolute certainty. (Art 20§10,11)

Article 20 of the Directive triggered severe reactions to stakeholders involved in electronic cigarette trade. One important case which was examined by the Court of Justice of the EU is C-477/14, Pillbox 38 (UK) Ltd v. Secretary of State for Health. On this case, the Court upheld the new legislation and stated that the Directive has not infringed any of the fundamental principles and primary rules of the European law. Instead, the Court ruled that the European legislator aptly relied on the precautionary principle, according to which “where there is uncertainty as to the existence or extent of risks to human health, protective measures may be taken without having to wait until the reality and seriousness of those risks become fully apparent”. This principle can also justify restrictive measures to the free movement of goods. The Court considered Commission’s view that electronic cigarettes can develop into a gateway to nicotine addiction and ultimately traditional tobacco consumption, as they mimic and normalise the action of smoking” which also agrees with the view expressed by the WHO in her Report of 1-9-2014.  According to this Report, the scientific evidence for the effectiveness of electronic nicotine delivery systems as a method for quitting tobacco smoking is limited and does not allow conclusions to be reached.

Greek Law no 4419/2016 (Art. 18) delegates the Directorate of Mental health as the competent national authority to receive all of the notifications and information foreseen in the Directive.  Furthermore, the notification of par. 20§2 of the Directive shall be submitted in electronic form  in a  format provided in the Annex VI of the Law, six months before the intended placing on the market.   As regards electronic cigarettes already placed on the market, the relative notification must have been completed within 6 months starting from the entry into force of the Law, namely from 20.9.2016.  The Greek Legislator has also adopted a transitional period. More specifically, electronic cigarettes and refill containers which were released before 20 November 2016 and do not comply with the new rules can be placed on the market until 28.2.2017 (art. 27)

The European Legislator establishes concrete special rules for this category of tobacco products. These rules affect their market placement, their ingredients, their packaging and even advertising.  However, no stone has been left unturned; the e-cigarette rules do not cover all aspects but allow  national legislators to adopt national measures, where they find it appropriate. The Greek legislator adopts a quite strict regulatory framework despite the strong opposition by interested stakeholders and possibly, by end consumers. It is therefore interesting to see if this opposition will trickle down to a substantial softening regarding the procedural requirements imposed by the new law and the technical standards required. 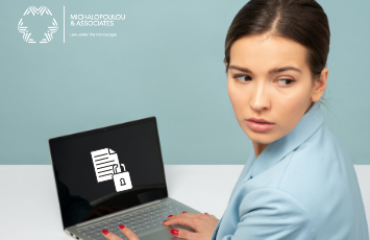 Cybersecurity in the time of COVID –19