Blow the whistle without fear: The importance of whistleblowers’ protection

by Michalopoulou & Associates / Thursday, 12 May 2016 / Published in Legal x-rays

The importance of pharma and medical device company compliance in order to fight corruption was thoroughly presented in one of our previous articles. Here we examine whistleblowing as corruption-fighter, aka as a practice that deals with one of the most serious social issues of our time. A whistleblower reports any illicit incidents or corrupt practices. The following questions then emerge:

Despite a whistleblower’s important contribution to the prevention and punishment of illicit actions and corrupt practices, in reality, many employees in both the public and private sector are often reluctant and afraid to report such incidents which come to their knowledge. Such a fear rises from the fact that there are plenty of counter-measures to be taken after filing a complaint, such as disciplinary and penal sanctions, job dismissal, even threats. It is therefore of critical importance to protect people who are willing to disclose important information about illegal and corrupt activities but are nevertheless prevented due to the negative consequences that are most likely to face.

Until this day in Europe, there is no harmonized legal context regarding whistleblowing as well as for the protection of whistleblowers themselves. As a result, Member States are free to decide whether they should adopt, or not, specific laws in order to protect whistleblowers from abusive acts against them.

Many countries such as the U.K and France have already adopted specific laws which aim to protect whistleblowers. In particular, the British Public Interest Disclosure Act (PIDA) adopted in 1998 is widely considered to be one of the strongest laws for the protection of whistleblowers as it covers nearly all employees in the government, private and non-profit sectors as well as UK workers based overseas. Moreover, in 2013 France passed a law to protect whistleblowers who expose health and environmental risks. This followed a series of widely reported drug and public health scares, including those related to a diabetes drug and a hazardous industrial solvent.

Until very recently Greece had not adopted any specific laws regarding the protection of whistleblowers. Nevertheless, in 2014, the first step towards the adoption of a full law aiming to protect whistleblowers was made. In particular, a new article was added in the Procedural Penal Code, via law no Ν. 4254/2014, titled “Abstention from whistleblower prosecution”. According to this, in cases regarding specific penal acts and following the Supreme Court Prosecutor’s prior approval, a person can be characterized as a whistleblower (in Greek as a “Public Interest Witness”) if by disclosing important information, she or he contributes to the prosecution of people who commit illegal penal acts, provided that she is not herself in any way involved in these cases. Moreover, the same article protects whistleblowers from being prosecuted for specific crimes, such as perjury, defamation, violation of official secrecy, or any of the crimes stipulated in paragraphs 4 or 8 of article 22 of law no. 2472/1997.

In a time where the fight against corruption gathers steam, the efficient whistleblower protection is more important than ever. Enacting specific laws which focus on the protection of whistleblowers will serve as a central motivation for persons who wish to report illicit actions and corrupt practices, often kept as “common” secrets. In this context, we are faced with the following challenge: to reinforce existing rules regarding the protection of whistleblowers and to develop structures in order to ensure that the information provided by them is fully investigated.

Especially regarding the pharma industry, the disclosure of information regarding corrupt practices is of particular value. Allegations of scandals, bribery or cover-ups stain the industry and have negative net business value, especially in our era of costly product development and social marketing business costs. For this reason alone, not only should whistleblowers be protected via the elimination of sanctions of any kind (disciplinary, job dismissals, harassments, loss of privileges etc.) but they should also be awarded with compensation for any damages suffered by them in the process of coming out. 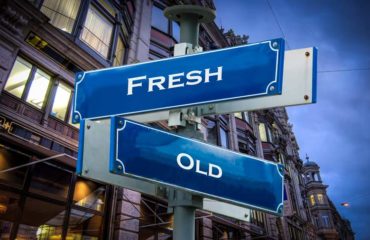 EU citizens: Are you ready for Novel Foods?

Data Protection on the Web & E-Health