Artificial Intelligence and Copyright Protection: Where do we stand? 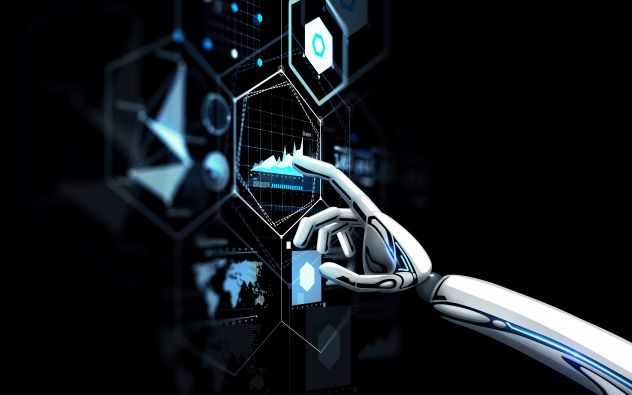 Artificial intelligence and the application of AI in modern life has brought ground-braking changes in modern life, while newest innovative technologies are yet to come. Indeed, AI is a collective expression of multiple sectors bringing together a series of technologies from machine learning systems, in which computers can function, develop and improve through experience, to neural networks which operate as a form of machine learning which is actually based on the way the human brain works.  The common principle that unites these new technologies is the ability to replicate an aspect of human cognition, such as voice recognition available in mobile devices or chatbots on websites, i.e. programs that are developed in order to provide automated answers  in accordance with ongoing dialogues).

Given the rapid development of AI over the past years, along with the emerging possibility for a computer to create things autonomously without human intervention, it is inevitable that new legal challenges also emerge particularly in relation to copyright and other intellectual property matters. Therefore, it is crucial to comprehend the connection between these two crucial sectors, which are both rapidly changing today’s world from a social, legal and scientific perspective.

The connection between AI and IP Protection

As we discussed in our previous article, one of the objectives of the new Copyright Directive (EU 2019/790) is to protect authors, journalists and other creators from the exploitation of their work. More specifically, creators will have the chance to negotiate and be remunerated for the exploitation of their work by online services companies and more significantly, to claim authorship of the work and the right to object to any unlawful action in relation to the work.

However, human intelligence is not the only creator of work, as examples of artwork created by AI are now numerous. As a way of example, it worth making reference to the Group “Obvious”, based in Paris, which used the IT system GAN (Generative Adversarial Network) in order to produce a portrait in a pictorial style between the 14th and 20th century. The goal was to produce a portrait that could not be distinguished from a human artwork, in regards to its style and subject, while at the same time the portrait had to be “original” (to with that the painting would not be identical in comparison with prior paintings).Although Artificial Intelligence may offer the possibility to create artwork, namely paintings, photos or articles, there is still a great controversy on whether  AI can be considered as equivalent to the human brain  and if it could be protected as intellectual property.

Artificial Intelligence as a tool to create work

Works of art are protected since they are the author’s own intellectual creation, i.e. the result of the choice, sequence and combination realized by the instigator. AI works cannot be distinguished φρομhuman creations, provided they resemble with them. Therefore, when looking closely at a work’s features, there should be no difference between AI and human creations, taking also into account that human creations cannot be easily protected. However, is a key question should be primarily answered: does creation presuppose conscience and will? If this is the case, AI works could not qualify for the protection, as the IT systems could be hardly considered to as being able to have conscience and will for the creation.

We have to be aware that even though AI seems to be equivalent to the human mind (as the notion of “intelligence” suggests), in reality AI is still far from being really “intelligent”. Much depends on the definition of “intelligence”: if “intelligent” is understood as discovering new ways not already known, AI may be called “intelligent” as it can detect new relationships in big data heaps, which was not possible earlier. Furthermore, AI can learn from previous errors and mistakes and improve the patterns of its program. Thus, some argue that the author has no longer sufficient control over how the work is being created and under which conditions. However, AI in its present forms cannot determine the preferences or goals to be achieved; it is still up to the human being implementing and using AI to define the areas and goals for it. In other words, AI may improve but cannot change the ways to achieve an objective. Hence, suggestions to qualify AI (or robots) as a new form of legal person (a so-called “e Person”) disregard these facts. Moreover, such suggestions do not answer the crucial questions of how AI could be held liable or could raise money to handle claims against it (or robots). Ultimately, the real question regarding all legal areas, is narrowed down to this: Can the actions of AI be attributed to the human, who owns or use it or not?

Legal protection of copyrights in AI

Currently, the existing legal framework in many countries only protects works created by human intelligence and do not protect works created by machines. The AI ​​Works are not acknowledged as “Works” and thus are not subject to “Copyright”. For example, the German Copyright Law foresees that “Works in this Law are only individuals’ intellectual creations”.  As a result, only works created by individuals may fall within the protectable works, and the Copyright Law of Germany does not protect AI works. Similarly, the new Copyright Directive does not foresee protection of work created by AI; therefore, a legal gap still exists. In any case, granting intellectual property rights to the person performing the artificial intelligence operation seems to be the most sensible approach, with the UK model being the most effective. Finally, it is worth noting that contrary to what was here-above referred, the Shenzhen Nanshan District People’s Court in China recently considered that a work produced by technical intelligence could be protected by copyright law.

The uncertainty created by the legal dilemma regarding the protection of AI works, is being intensified as the use of artificial intelligence by artists becomes more widespread, while AI machines get better at producing creative works identical to humans’ ones.  The situation may change if AI ultimately becomes able to turn around the goals and preferences set by its owner.

It is worth noting however, that by granting protection rights to the person creating an artwork through the operation of artificial intelligence will urge companies to keep investing in technology. On the contrary, a new ethical debate arises: Should computers be given the same rights as humans? This intriguing question will be greatly argued and discussed in the near future creating a whole new legal and ethical framework. To be continued! 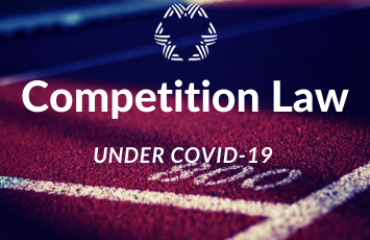 Covid-19 poll out on Competition Law