Health-related web research may be efficient; however, it entails the risk of misinformation both for the general public and for health care professionals (HCP). At the same time, social media tools such as Facebook and Twitter have introduced a whole new set of changes regarding the advertising of medicinal products and medical devices.

A harmonized European legal framework does not exist for online advertising (websites, blogs, apps and social media); jurisprudence on this matter is so far very limited. In this context, EFPIA’s guidelines to pharmaceutical companies and HCP, implemented into the Greek Code of Ethics via SFEE (as a member of EFPIA), have introduced soft law provisions. Certain limits related to fair and legitimate advertising and general guidelines towards HCP regarding the proper use of social media tools are foreseen. Furthermore, many countries such as France, the UK and Canada, have also enacted provisions which provide similar HCP guidelines.

Many other countries have similarly introduced specific rules in order to regulate medicinal products via the Web and apps. In the United States, the FDA (Food and Drug Administration) has issued a set of guidelines to the health industry by which it foresees restrictions regarding the presentation of medicinal products and services online. The UK has similarly introduced a series of rules which define the proper content of health blogs and stipulate health communication guidelines via the Web. At the same time, the PMCPA (Prescription Medicines Code of Practice Authority) has issued a series of decisions which clarify issues in online advertising, by judging for instance, a tweet by a pharmaceutical company as a public promotion of a POM, having as a result the breach of the Association of the British Pharmaceutical Industry’s (ABPI) Code of Practice. PMCPA has also issued decisions by which it sets certain limits to employees of pharmaceutical companies when they refer to their companies medicines in social media. In France, the promotion of health products to the general public in open social networks is not allowed, unless the option can be deactivated by the user. Remarkably, it has also been adjudicated that hitting the “like” button at a pharma company’s page or at a particular statement in that page, could be interpreted as an endorsement by a HCP or a patient, both of which are prohibited under French Law.

Moreover, pharmaceutical companies must also take into consideration data protection issues that may arise in the context, for instance, of a discussion held between a patient and a HCP via an online discussion platform or through a company’s website accessible only to HCP.

In conclusion, the European Commission’s initiative to launch the Green Paper on mHealth is noteworthy. The Commission had launched a public consultation on the Green Paper which invited comments on the relevant restrains and other issues related to the use of mobile Health. The objective of this consultation was to receive the views of regional and national authorities (e.g. health ministries), HCP, consumers, users of mHealth apps, patients, app creators etc. The Commission also published a Staff Working Document on the existing EU legal framework applicable to lifestyle and well-being apps, aiming at providing simple guidance to app developers on EU legislation in the field.

New technology developments within the health industry have contributed significantly to the amelioration of clinical trials, the cure of diseases as well as the interaction between pharmaceutical companies, HCP and patients. The continuous growth of medical technology has also affected the advertising of health related products, services and medicines and must therefore be regulated by a legal framework which will set specific rules and conditions.

The importance of public health and the safety of consumers, who do not naturally possess expert knowledge, assumes the compliance of all pharmaceutical companies to the EFPIA’s Code of Ethics which regulates online advertising. Finally, the creation of internal company regulations through which every pharma company may set a series of employee guidelines regarding the legitimate and proper use of social media and the Web in general, is also highly advised and pre-emptive of sudden, expensive high-profile cases of unintentional breach of consumer rights that may or may not occur in the very near future. 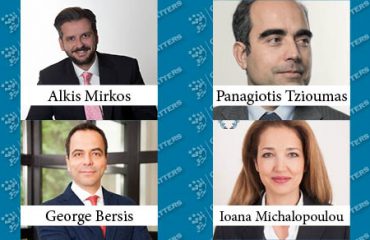 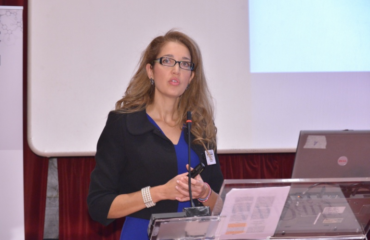